Teen 'Sport Killings' of Homeless On the Rise 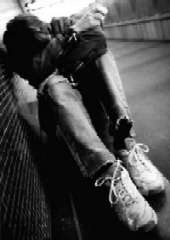 Trendopoly — February 21, 2007 — World
References: csmonitor & cnn
As if it's not bad enough being out in the cold, without a roof over their heads, there's a growing threat to homeless individuals: the danger from teenagers who beat homeless people for amusement. Baffliing and unthinkable to most, a growing number of homeless murders have been occurring that are attributed to a phenomenon labelled 'sport killings'. Groups of mostly teenage boys have been attacking homeless people in alarming numbers and even videotaping themselves doing it.

Implications - America's homeless have come under attack by an unlikely source: teens. Teenagers have taken to killing the homeless as sport. This horrible trend is seen by many teens as a rite of passage for them. According to reports, the attackers are mostly boys who give in to peer pressure and mob mentality.
0.9
Score
Popularity
Activity
Freshness

20 Innovations for the Homeless