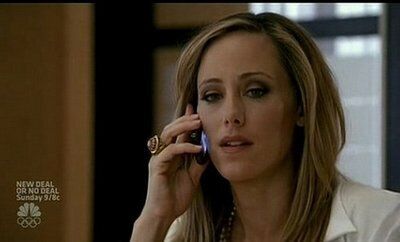 Bianca — March 9, 2008 — Pop Culture
References: geeksugar
Share on Facebook Share on Twitter Share on LinkedIn Share on Pinterest
Last time we reported on Lipstick Jungle, a new TV show based on the book series by Candace Bushnell, we mentioned it would probably have a heavy influence on fashion, just like the Sex and the City series by the same author did. What we didn't realize is how heavily it would be influencing tech trends.

The show has been used as a platform to add chic appeal to items like cell phones and computers, particularly Apple products like iPhones and the MacBook Pro.

The busy lives of the New York women with enviable careers (TV producer, fashion designer, magazine editor) are supplemented heavily by the use of interactive technologies. The featured tech items are integrated so seamlessly, most viewers probably wouldn't even realize that the show has turned into one enormous advertisement for companies like Apple.

NBC launched a slideshow in honour of all the geeky girl gadgets, part of which we've included in our gallery.