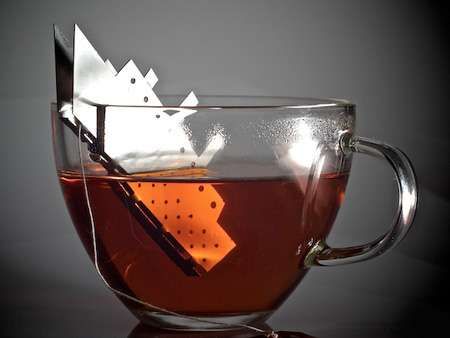 The TEA.tanic is not only iconic, but also well made with stainless steel. Unlike its inspiration, the tea bag holder can stand the test of time, and would likely hold up in the case of a giant ice cube closing in -- unfortunately, the holder does not come with safety boats.

Landing somewhere between funny, clever and sad, the TEA.tanic is a useful device that can be used for making tea and coffee. In addition to being an attractive vessel, the little ship also does a fantastic job of squeezing out otherwise wasted beverage leftovers.
4.1
Score
Popularity
Activity
Freshness
Get Trend Hunter Dashboard