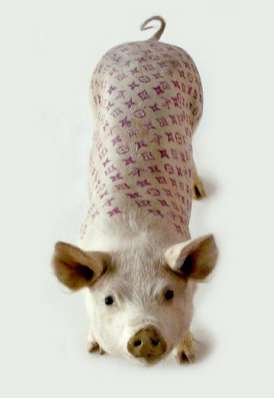 Are Animal Tattoos The Next Big Thing?

In an interview with Vice Magazine, Wim noted, "I started tattooing pig hides, which I'd get from the slaughterhouses, in 1994. It was only in 1997 that I started to work on live sedated pigs. I tattoo pigs because they grow fast and they are so much better to tattoo than fish. I tattoo them when they are young and I like the way the artwork stretches and distorts over time. Essentially, we invest in small tattoos and we harvest large paintings."