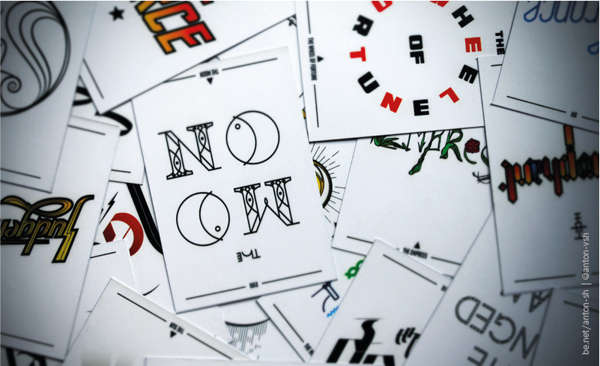 However, Russian designer Anton Shlyonkin decided to redo the prophetic playing cards to reveal typography instead. Due to their symbolic nature, Shlyonkin saw this as quite the undertaking. He explained, "The Lovers is a Gemini ruling card. So, to express its dual nature, I made an ambigram." At the same time, he also took some creative liberties with the tarot cards. The Force, for example, has a decidedly 1980s science fiction film feel.