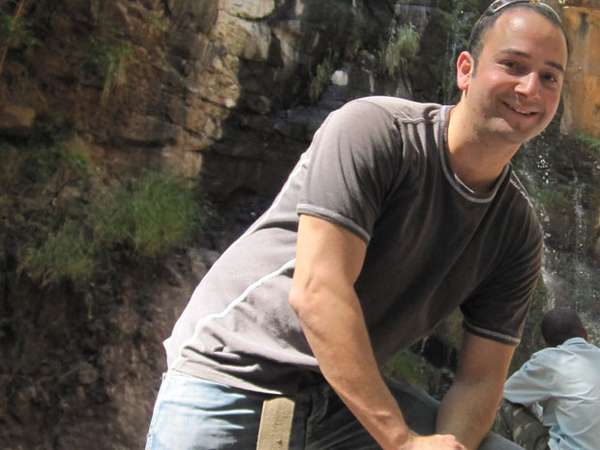 Tiana Reid — April 3, 2011 — Social Good
References: oliberte
Share on Facebook Share on Twitter Share on LinkedIn Share on Pinterest
Tal Dehtiar is the President and CEO of a Trend Hunter favourite, Oliberté Premium Footwear. He is also the co-founder of MBAs Without Borders, an NGO that sends business students to less-industrialized countries. Social Business got the opportunity to ask Dehtiar about what it’s like being behind a social business like Oliberté, which manufactures its footwear in Africa. If you take away anything from this interview, it’s that charity in Africa is not the long-term solution. Tal Dehtiar’s focus is the creation of sustainable jobs through a purpose-driven business.

Oliberté is the first fully vertical footwear brand out of Africa with the goal of supporting 1 million jobs on the continent by 2025. We got to this concept when, in 2004, I co-founded the NGO MBAs Without Borders, which by 2009 placed 100 plus skilled MBAs from all over the world into 25 countries across Latin America, Asia and Africa. Through that experience, I loved the idea of what business, especially small business can do and its impacts in regions like Africa, but I was ready to take a break from the development scene, to be honest. Traveling can be a bitch and starting to raise a family meant that maybe it was time for something else a bit more domestic.

But then one day in October 2008, I found myself staring into a shoe store window while stuck in a snow storm in Banff, Alberta (Canada), when I suddenly knew I was going to start making shoes in Africa. I was looking at some random shoes and I thought, with all my context of building small businesses and middle class jobs in Africa, I had the contacts and understanding of the resources available to launch the first premium shoe company made in exclusively in Africa… and voila, Oliberté -- a play on the word Liberia (i.e. for Liberty) and Canada’s national anthem (I love my country) -- O Canada. That said, how we are doing it now is very different from what I had in mind that day, but I clearly remember the moment that I thought: #$@#$@ it, I know I can get the best leather and craftsmanship in Ethiopia (with enough training) and with all the natural rubber in Liberia, as long as we play fair, I’ll figure out the rest.

I answered most of this in the first question, but the honest truth is that I was sick and tired of people treating Africa like a dumping ground of people that can’t do anything and the only way to support them is giving things away -– it's really not what the continent needs to grow. We need to focus on smart business and organization in Africa that can create sustainable jobs, that, not only provide an income to people, but do it fairly. And in shoes, there was no one doing that, not in Africa at least -– some might like to give away shoes around the world and in Africa and make that part of their company mission, but giving away more shoes (or anything for that matter) is a short-term solution. It might be a nice temporary high, but in the long-term it just hurts you and everyone around you – and it's that mentality that needs to stop. So Oliberté wanted to show that there is a better model out there and shoes was how we could do it.

While having a better model is great, we knew and never wanted anyone buying our shoes just because they are made in Africa. Sure that’s a nice added bonus, but if we couldn’t make quality footwear that is fashionable, we’d just be another treehugging company that won’t be around tomorrow. Our goal is to create 1 million jobs and if we just focus on the African story and not quality, we won’t make that dream reality. So short answer, we decided to join this sector because we wanted to create a better choice for consumers to buy premium footwear, while at the same time, I see it as the simplest and maybe best way to employ a lot of people who need it. And hopefully, it encourages others, including competitors, to enter Africa as well.

You name it. Every time someone says either they love our shoes because of the quality and what we stand for -- that inspires. But also, every time someone simply gives up on Africa or says it can't be done –- the continent is a mess, corrupt, whatever the stereotype -- that pushes me even further so we keep going and going.

1. I have a great team that believes in what we do, from customers to retail partners, to sales people to our factory managers, staff, investors, web team, factory workers, farmers, tanneries. The goal is to allow them to be the creative forces so we do this together. Each of them provides me with the jolt of inspiration that both I and Oliberté need daily.

2. Rituals -- not so much a ritual but more a regimented schedule: work, eat while working, work, nap while dreaming about work, work... All while thinking about family and the world I want to leave to my son.
3.9
Score
Popularity
Activity
Freshness
Get Better and Faster

Eli Malinsky, Director at the Centre for Social Innovation (INTERVIEW)