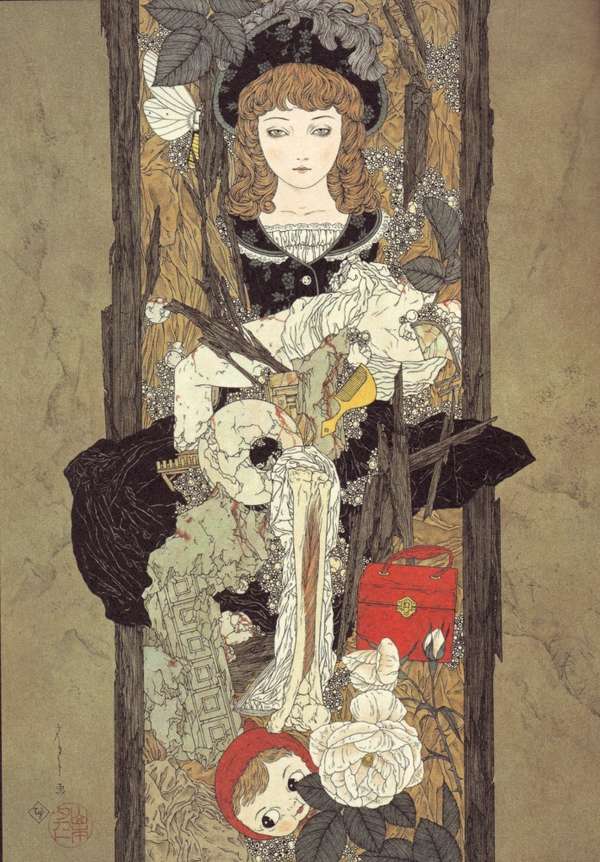 Jason Soy — February 3, 2012 — Art & Design
References: pseudoape & juxtapoz
Share on Facebook Share on Twitter Share on LinkedIn Share on Pinterest
Takato Yamamoto is an artist’s artist; he’s someone people within the profession greatly respect. It isn’t difficult to see why either as Yamamoto has adapted ancient Japanese woodcut aesthetics and contemporized it with European and modern Japanese visual styles to create something that’s distinctly his own. The images he produces are a fascinating mix of contemporary scenarios, fantasy depictions, historical imagery and outright surrealism, so viewers never know what to expect other than Yamamoto’s trademark drawing style.

Looking at Takato Yamamoto’s illustrations, viewers will notice that his line work is meticulous and purposeful. He doesn’t often paint in value on his subjects’ skin, which hearkens to classical Japanese artwork. The amount of detail he puts into his floral depictions is second to none, and there are portions of his illustrations in which I have no idea how the effect is achieved.
5
Score
Popularity
Activity
Freshness
Get the 2021 Trend Report FREE