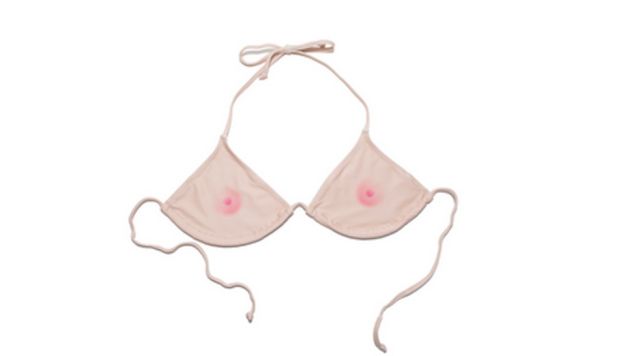 These days, the world has been embroiled in what seems to be a War Against Nipples. From rage over Instagram's inflexible nipple ban (no one is more upset than Rihanna fans) to the routine should-breast-feeding-be-allowed-in-public debate that we seem to be having every few years, it seems like nipples just can't catch a break.

Designed by proud feminists Robyn Graves and Michelle Lytle, the top is intended to normalize, rather than sexualize, the female anatomy. The long-term goal is to see the female nipple as something as casual and commonplace as its counterpart, the wouldn't-bat-an-eyelash-at male nipple. Best of all, five dollars from each sale will be donated to the Lynn Sage Cancer Research Foundation.
5.8
Score
Popularity
Activity
Freshness
Jeremy Gutsche Keynote Speaker