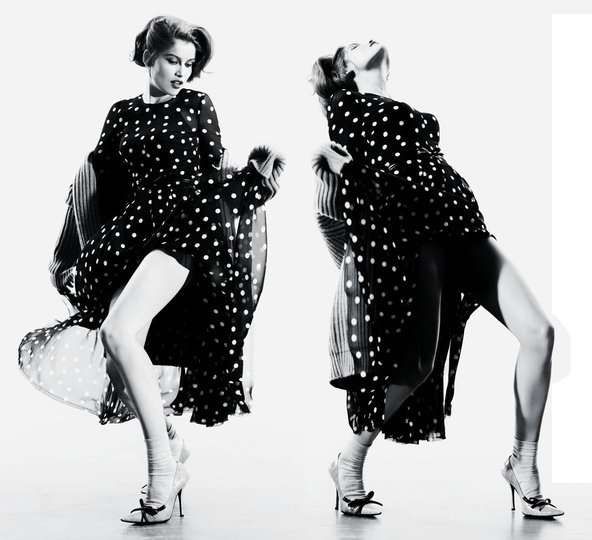 Tiana Reid — August 24, 2010 — Fashion
References: managementartists & nytimes
Share on Facebook Share on Twitter Share on LinkedIn Share on Pinterest
Model Laetitia Casta struts her stuff in the T Magazine 'Retrofitted' editorial, an homage to Brigitte Bardot's fashion sense and overall aura. Shot by Willy Vanderperre, the photographs range from masculine to playful and even naughty -- but they all maintain that vixen-like gaze and pout that Bardot was known for.

Implications - This shoot is instant classic. Not only is Laetitia Casta one of the world's top supermodels, but her ability to pay homage to Brigitte Bardot with such aplomb and accuracy is almost unsettling. Credit should be given to Willy Vanderperre for making the shoot seem natural and not entirely derivative.
5.1
Score
Popularity
Activity
Freshness
Get Better and Faster