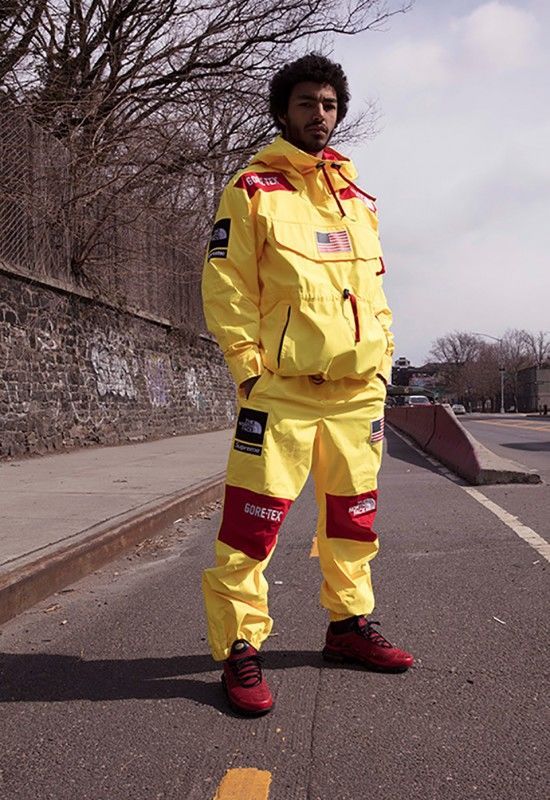 A Supreme Collaboration with The North Face Dropped for Spring

The Spring/Summer 2017 Supreme collaboration with The North Face incorporates a number of lightweight outdoor pieces, along with some high-function accessories to go along. The majority of the pieces make use of bold primary colors, with bright red, blue and yellow making up entire outfits.

For those looking for something a little more understated, there's black and military green versions as well. In patriotic fashion, the American flag is featured on most of the pieces, along with Supreme's and The North Face's logos.
5.1
Score
Popularity
Activity
Freshness
Access Advisory Services