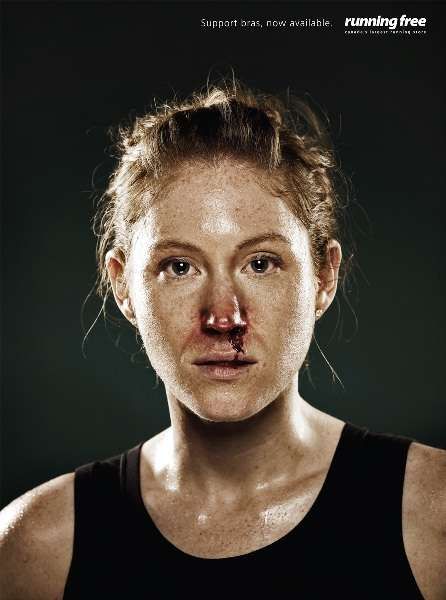 Ayman — February 21, 2008 — Pop Culture
References: arabaquarius.blogspot
Share on Facebook Share on Twitter Share on LinkedIn Share on Pinterest
This is a controversial ad campaign that has sparked much debate. It’s an ad for Running Free support bras. It needs to be noted that they were not actually created by Running Free. DDB had pitched the idea, but the bra company refused to be associated with the imagery.

The campaign features three photos: a woman with a broken nose, a woman with a black eye and a woman with missing teeth. Obviously, from injuries by their bouncing assets while running. The tag line is “Support bras, now available.”