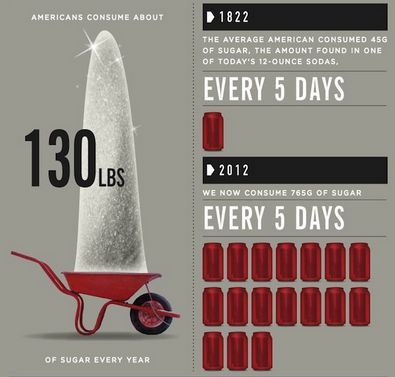 Americans Consume About 1.77 Million Skittles in a Lifetime

Forty-five grams of sugar equates to about the same amount of sugar found in a 12-ounce soda can. In comparison, Americans now consume 17 times that amount, which equals to about 130 pounds of sugar every year. Such has been the rise in the rate of consumption in sugar that the average American consumes 3,550 pounds of sugar in an entire lifetime -- that's almost 1.77 million Skittles.