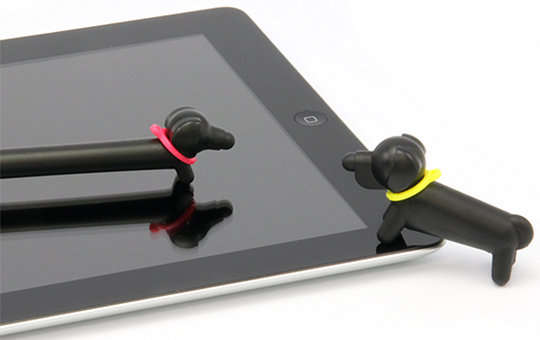 Jen Chae — July 17, 2013 — Art & Design
References: amazon
This stylus for touchscreen attempts to tug at your heartstrings; it mimics the shape of a long and stubby-legged wiener dog. Because it stands on four legs and has a snout, this stylus looks more like a child's toy than an office tool. The design, called the Touch Dog Dachshund, was created by Japanese design studio Tent1000.

The Touch Dog Dachshund is not only smile-inducing, but serves multiple purposes. Its snout allows for precise pointing and fluid drawing on touch screens, while the wiener dog's long-stemmed body works as a phone rest. Many animal-themed products may incorporate dog prints, but do not actually mimic the physique of a pet. This is why this stylus looks so toy-like -- it's not every day you see a stylus with ears.
2
Score
Popularity
Activity
Freshness