Wonders of the World Captures 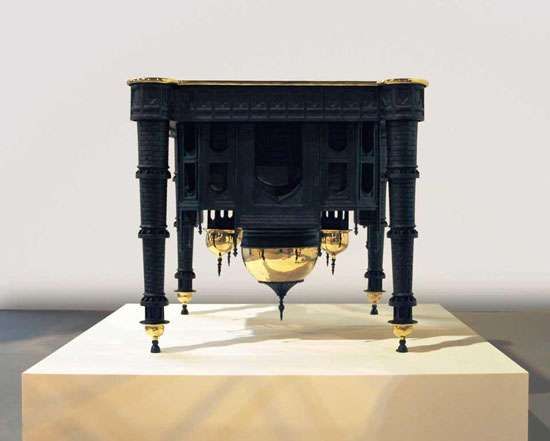 Romina S. Cortellucci — June 28, 2012 — Art & Design
References: studiojob.be & dejoost.nl
Share on Facebook Share on Twitter Share on LinkedIn Share on Pinterest
The Studio Job Taj Mahal table flips one of the world’s wonders on its head. The Taj Mahal was built by the Mughal emperor Shah Jahan in memory of his third wife, and has served not only as a breathtaking white marble mausoleum, but as an incredibly popular tourist attraction. The Antwerp-headquartered design firm Studio Job took the architectural masterpiece and transformed it for the London’s Carpenters Workshop Gallery.

The firm, however, chose to revise the building by turning it on its head and presenting the ying to the Taj Mahal’s yang. By keeping the same architectural principles that built the Taj Mah al are used in this table, the company used the benefits of the dome shape as an effective way to spread the weight of the table. Structurally the same as its much larger predecessor, the façade of the table uses a black bronze instead of the classic white marble.