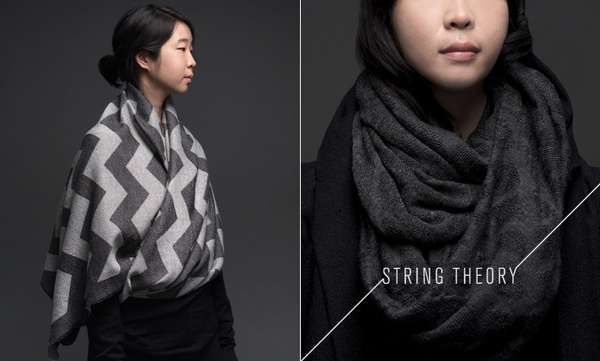 Meghan Young — August 25, 2011 — Fashion
References: shop.stringtheory.ws & fastcodesign
Share on Facebook Share on Twitter Share on LinkedIn Share on Pinterest
It doesn't look like the geometric fad will be going away any time soon thanks to these String Theory scarves. The name is derived from a mathematical belief, which offers "a manner of describing the known fundamental forces and matter in a mathematically complete system," according to Wikipedia. All fashionistas have to understand from that, however, is that this idea has led to some very stylish scarves.