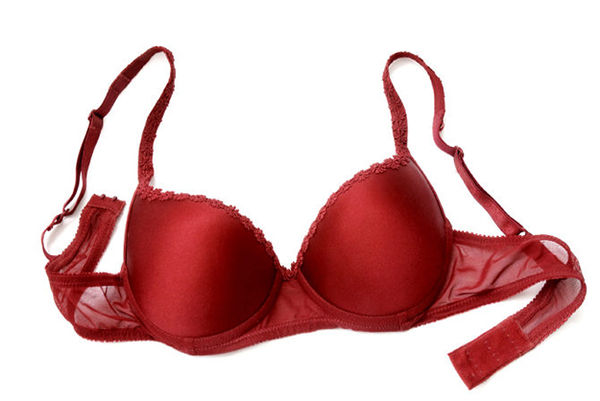 Meghan Young — December 3, 2013 — Fashion
References: news.discovery & psfk
Share on Facebook Share on Twitter Share on LinkedIn Share on Pinterest
Although over anxiety can result in many different side effects, the Stress-Monitoring Bra hopes to curb one in particular: overeating. Since this habit happens more frequently in the female population, often due to emotional binge eating, the Stress-Monitoring Bra can proactively track such reactions in order to make the wearer more aware of her state of mind.

Developed by a team of engineers and designers at Microsoft Research, the Stress-Monitoring Bra are equipped with sensors powered by a 3.7-volt battery that makes note of heart rate and respiration. In this way, it helps to monitor fluctuating moods. The data is sent to an accompanying smartphone app, which helps "scientists could accurately predict changes in physiology that accompanies eating and stress, including whether the subjects were happy or angry," according to Discovery.
4
Score
Popularity
Activity
Freshness
Attend Future Festival Virtual