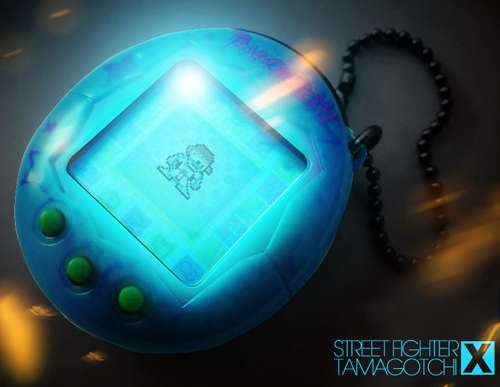 Jason Soy — November 16, 2011 — Tech
References: bosslogic.deviantart & blog.thaeger
Share on Facebook Share on Twitter Share on LinkedIn Share on Pinterest
If Street Fighter Tamagotchi actually existed when I was in the third grade, I'm pretty sure I would not be able to multiply or divide as an adult thanks to this glorious distraction. But lucky for me, these didn't exist back then, or ever! They're simply a concept by the talented deviantART user BossLogic, whose affinity for the fighting game franchise has led him to re-imagine Ryu and M.Bison in different, more compact contexts.

Though the idea of Street Fighter Tamagotchi may seem dated with the advent of an app version of Capcom's infamous brawler for the iPhone, these concept images themselves are still rather spectacular. Blending his pixel art prowess with his photo manipulation skills, BossLogic's mock up will no doubt lead a few people to try and hunt down some Street Fighter Tamagotchi on the Internet.
1.4
Score
Popularity
Activity
Freshness
Jeremy Gutsche Keynote Speaker