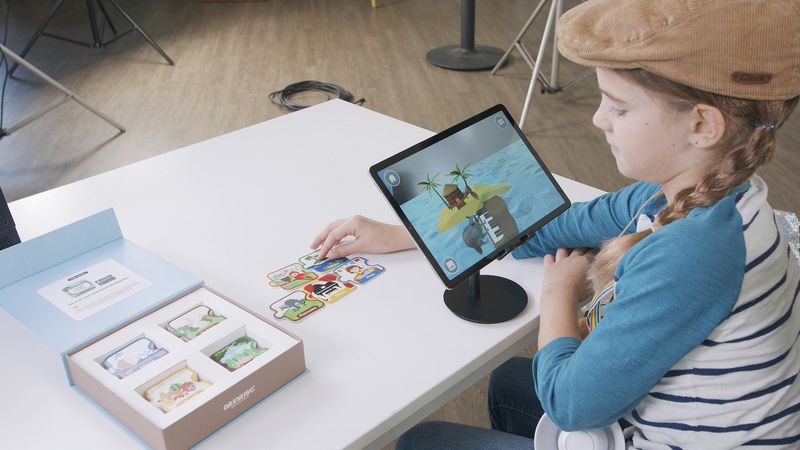 Grinrise's Pick&Play Helps Kids Turn Their Own Stories Into Animations

Laura McQuarrie — December 12, 2019 — Life-Stages
References: kickstarter & prnewswire
Share on Facebook Share on Twitter Share on LinkedIn Share on Pinterest
Grinrise's Pick&Play is now raising funds on Kickstarter as the first augmented reality storytelling cards, which offer an engaging way for kids to turn the stories they create into dynamic animations. The Pick&Play set includes 64 cards that fall under categories like Animals, Objects, Verbs and Background, which help to answer the who, what, how, when and where of a story. Using their own logic and these cards, kids can spin unique tales and see them come to life on the screen of a mobile device.

Millions of different animations can be created by kids, such as a raccoon playing piano on an island. Some of the other imaginative cards in the set include characters like teddy bears and dragons, and action words like ride and chase.