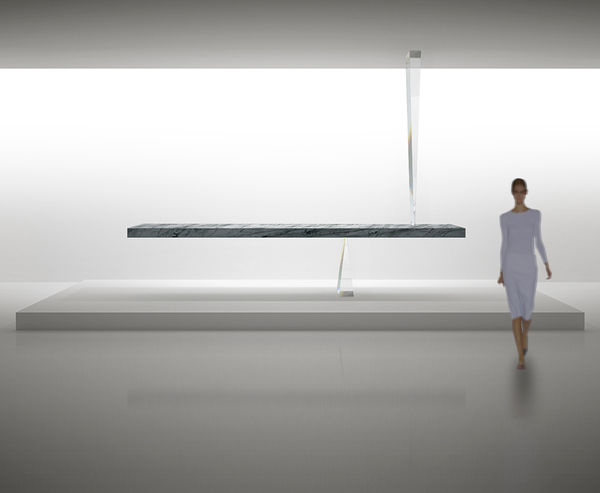 The Stone Table of the Universe Frees Itself from All Gravity

Michael Baxter — March 26, 2014 — Art & Design
References: tokujin & designboom
Share on Facebook Share on Twitter Share on LinkedIn Share on Pinterest
The Stone Table of the Universe is more than any normal table. The table, though carved of heavy stone, still manages to float almost effortlessly with very little to hold it up. The table is made of marble and holds a staggering amount of metaphorical significance.

Art is probably the most subjective thing in the Universe and can be viewed in as many ways as there are people on the planet. What’s undeniable though is a beautiful piece of architectural art work.

The stone table is meant to represent the fluidity of time through the past, present and future through the flowing marble etchings on the surface. The table itself is suspended between two transparent glass pieces on one side while the other floats effortlessly in the air.