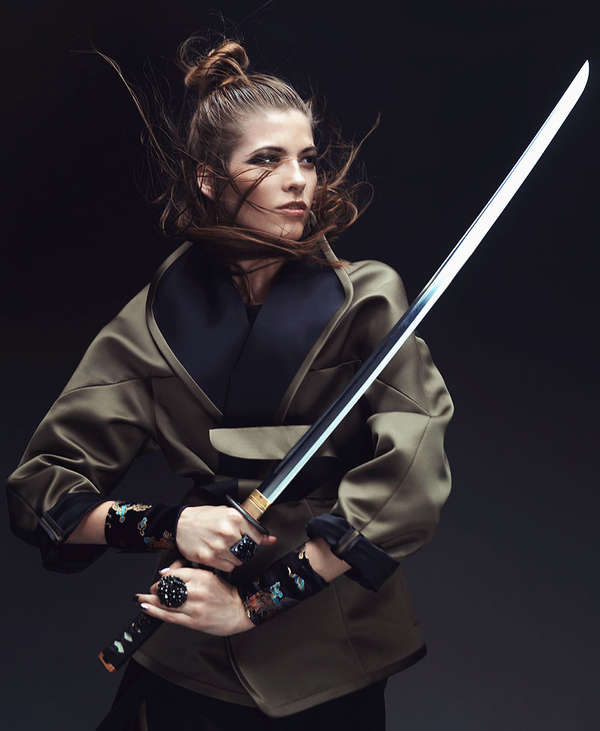 Meghan Young — March 7, 2013 — Fashion
References: oussenko & fashionising
Share on Facebook Share on Twitter Share on LinkedIn Share on Pinterest
The Stolnick Magazine February 2013 cover shoot isn't just inspired by the Japanese culture, it puts one of its most honored traditions into practice. Channeling the warrior spirit of a samurai, model Yulia Kharlapanova boldly brandishes a sword in this action-filled photoshoot. She may not be a trained samurai, but she definitely looks the part.

Lensed by photographer Igor Oussenko, the Stolnick Magazine February 2013 cover shoot may be on the offensive, but that won't put readers into a defensive mood. Instead, they will feel energized enough to want to add an Eastern influence into their own wardrobes. From kimono-like jackets to wide-legged pants and printed dresses, stylist Eugene Ilina put together ready-to-wear wardrobe that any woman could get behind. Makeup artist Kate Kudrina and hairstylist Elena Korobova perfected the looks.
5.1
Score
Popularity
Activity
Freshness
Get the 2021 Trend Report FREE