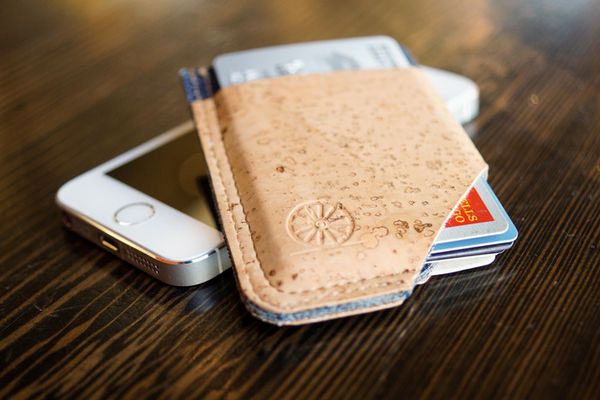 Social Business Editor — April 26, 2014 — Social Good
References: kickstarter
Share on Facebook Share on Twitter Share on LinkedIn Share on Pinterest
STITCH & LOCKE launched their Kickstarter to a big crowd--and isn't that the point? In the first two days, the team raise 20,000 dollars. Talk about a kickstart. To this moment, almost 30,000 dollars has been raised as part of this attempt to revamp men's accessories. To boot, this isn't merely a restyling but it's also a holistic approach that considers what materials go into designing but also men's accessories especially.

STITCH & LOCKE isn't just for any dude but like the cork wallet itself, it's smart and does the job. It holds up to eight cards but is also a minimalist take on the never-ending expansion of men's wallets as a niche market. The social business was created in 2013 and was founded by Calvin Kwok. The Kickstarter ends toward mid-May so who knows how much funding will really go into this cool product.