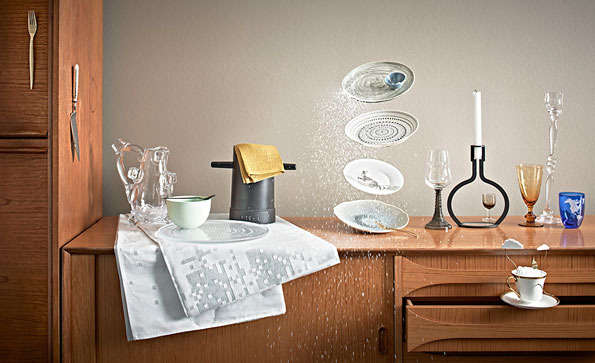 Stills by Arjan Benning Takes People Down a Rabbit Hole

Meghan Young — January 24, 2013 — Fashion
References: arjanbenning & itsnicethat
There is a hint of the surreal in the photo series aptly titled Stills by Arjan Benning, a photographer based in Amsterdam, the Netherlands. Although people may at first see only the destructive nature of each photo, they will soon find themselves pondering over their curious occurrence. From severed toasters and computer monitors to ghostly kitchen messes, there is a lot to question. Nevertheless, many will find themselves lost in the striking compositions instead.

As if taking viewers on a journey down a great big rabbit hole, Stills by Arjan Benning will inspire imagination and creativity. As stated on his website, "In his work it’s remarkably that he often seeks the border where authenticity and amazement are close together"
3.1
Score
Popularity
Activity
Freshness