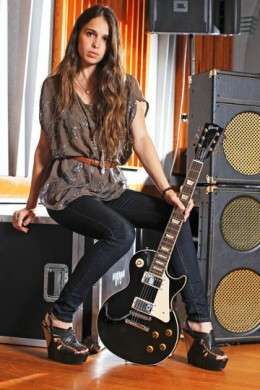 The Steven Tyler for Macy's 'Andrew Charles' Line is Downtown-Cool

Steven Tyler is the inspiration behind the collection, meaning you can expect to see lots of leopard print, eclectic pieces, flared jeans, and hopefully a ton of leather. Tyler will also star in the ads alongside his lookalike daughter Chelsea Tyler, who is the spitting image of her father.

The Steven Tyler for Macy's 'Andrew Charles' will launch in Macy's stores in September with a collection of scarves, which the frontman is well-known for rocking on a regular basis, simply called Rock Scarf, rolling into Macy's locations in October.

Look out for this collection as it's sure to have some great additions to your fall wardrobe.
2.3
Score
Popularity
Activity
Freshness
View Innovation Webinars