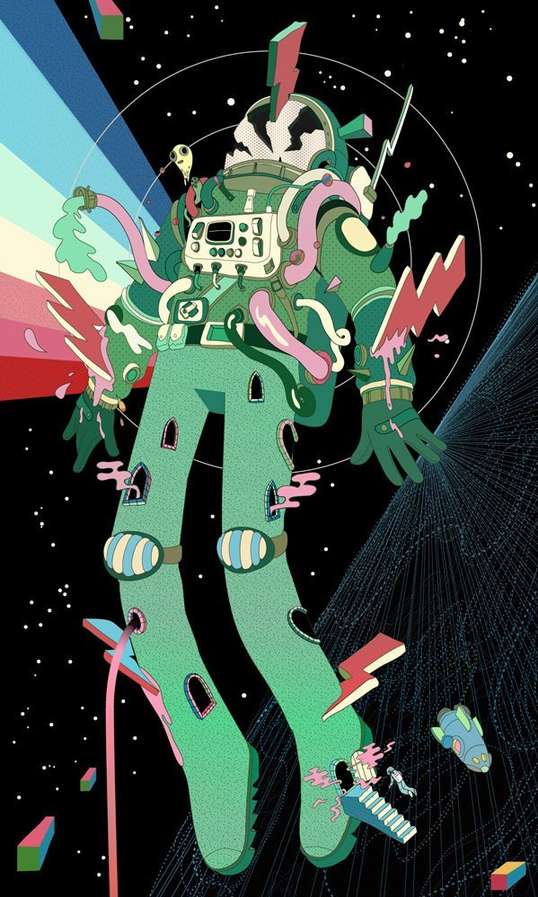 Jason Soy — April 17, 2012 — Pop Culture
References: stevescott.au & robotmafia
If space exploration was anything like these Steve Scott illustrations, people would no doubt be less inclined to traverse the cosmos. After all, who wants to go beyond earth’s atmosphere only to find him or herself succumbing to a reality similar to a psychotropic hallucination?

And it’s not just astronauts in space that Steve Scott depicts in this trippy manner, all of his artwork features psychedelic elements. From a three-eyed girl standing in a garden with tree branches growing out of her head to a seemingly sentient castle structure adorned with plenty of eyeballs, there isn’t a single Steve Scott illustration that won’t leave viewers raising an eyebrow from its utter bizarreness. Couple that with eclectic color combinations and you have images that will keep your visual senses sated in the eye-candy department.