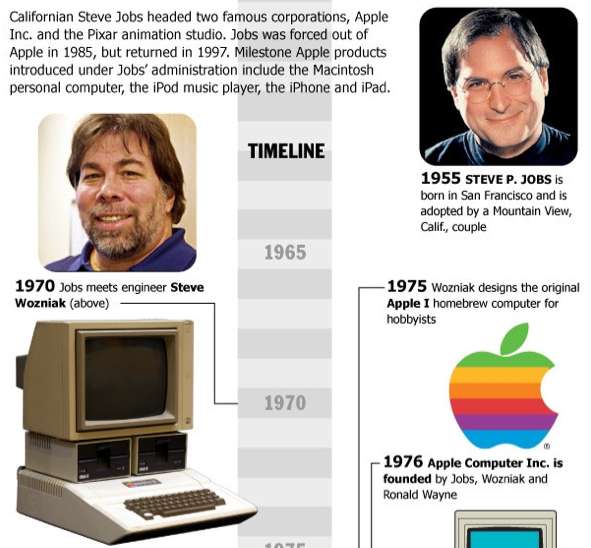 The Steve Jobs Infographic Pays Tribute to the Apple CEO

Regarded as one of the greatest innovators of this century, the former CEO of Apple founded the company way back in 1976 and is responsible for some of the greatest technological devices that are used today, like the iPhone, Apple computers, the iPod, iPad and iTunes, among so many other things.

The Steve Jobs infographic takes readers back in time and tracks Jobs' contributions and releases to the world of technology. The infographic also opens with the following words: "With this infographic we would like to express our deepest condolences to his family, friends and colleagues."

To the innovator and family man, I also express my deepest condolences. Have a look at this fascinating infographic to appreciate all of the things Jobs achieved during his career.
4.8
Score
Popularity
Activity
Freshness
View Innovation Webinars