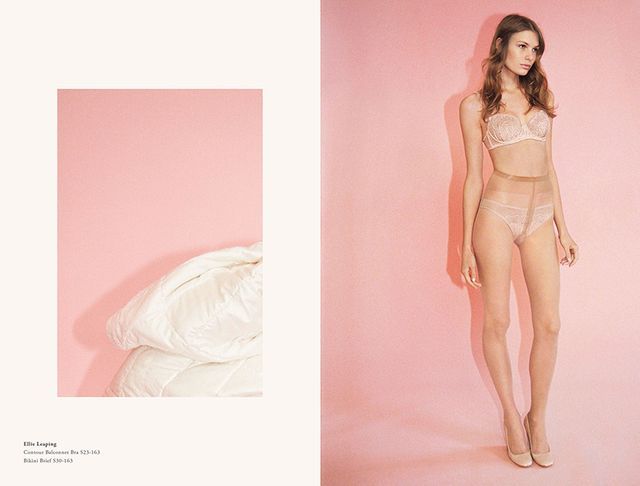 Jordy E — July 28, 2014 — Fashion
References: stellamccartney & fashioncopious.typepad
The Stella McCartney Fall/Winter 2014/2015 lingerie campaign showcases the bright, colorful side of the upscale undergarments. In each shot, pale pops of yellow and pink were placed next to one another, blocking each other out in a way that no doubt draws in the attention of shoppers and followers of the label.

On top of the bold palette scheme, focus was also placed upon bright lace bras, sheer high rise tights and silky slips. Given the array of apparel featured, there is much to take away from this collection aside from the standard assortment of bustiers and matching underwear.

Superimposed imagery is also at the center of this Stella McCartney production. Spliced images of bedding and up close shots of the lingerie add even greater artistic elements to this series.
5.7
Score
Popularity
Activity
Freshness