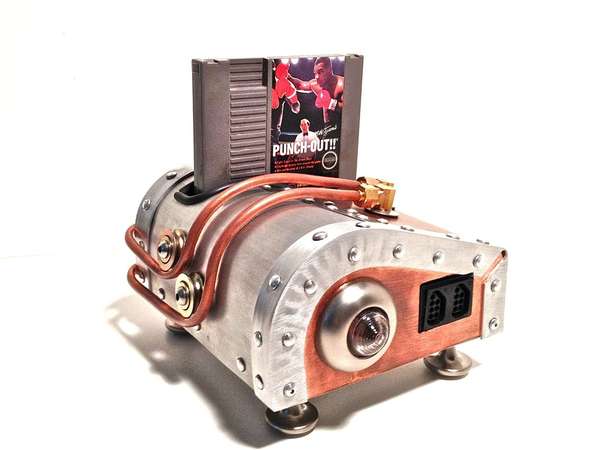 This Steampunk Nintendo System is a Radically Retro Re-Imagination

Popularized by the works of authors like H. G. Wells and Jules Verne, steampunk is a fashion that emerged in the 80s and 90s that amalgamates elements from science fiction, fantasy and alternate history. It imagines a world where steam power is the dominant technology and is often portrayed in settings similar to Victorian era Europe or the wild west era in North America. Steampunk costumes and accessories generally involve semi-futuristic inventions that incorporate anachronistic mechanizations.

In true steampunk fashion, Reddit user Andrew5785 constructed an astounding steampunk Nintendo system for his nephew. Although electronics collectors and old school Nintendo fans might be appalled at the sight of seeing an ultra-rare Top Loader edition NES-101 being modified in any way, this custom cartridge system looks absolutely gorgeous and is something any steampunk fan would be proud to own.
3.8
Score
Popularity
Activity
Freshness