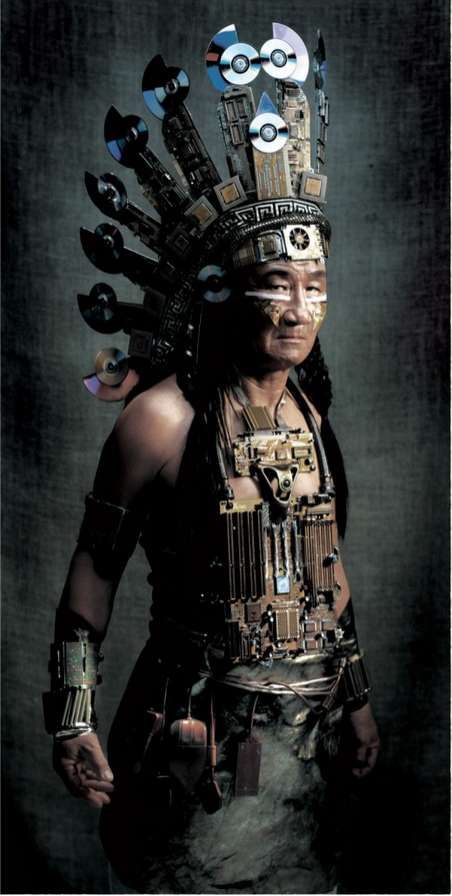 Jason Soy — July 15, 2011 — Art & Design
References: libraryonline.au & howtobearetronaut
Share on Facebook Share on Twitter Share on LinkedIn Share on Pinterest
Looking at this Steampunk Native Americans photo series, it's actually hard to believe that CDs, computer mouses, and keyboards were non-existent in indigenous cultures. After all, the modern tech gadgets blend so seamlessly with the tribal garbs of these Native American models that most people wouldn't even notice if they were just skimming through these pictures.

My favorite of these Steampunk Native Americans photos is the one featuring a chief-like figure with a massive headdress made from CDs and computer boards.

Implications - Consumers are trying to mediate their relationships with the traditional and the modern, as illustrated symbolically through this photo series. They want to lead more naturalistic lives, but also can't escape the conveniences brought about by modern technology. Corporations may utilize this consumer concern to their advantage by creating products with new age functions, but with familiar design aesthetics.
3.4
Score
Popularity
Activity
Freshness
Jeremy Gutsche Keynote Speaker