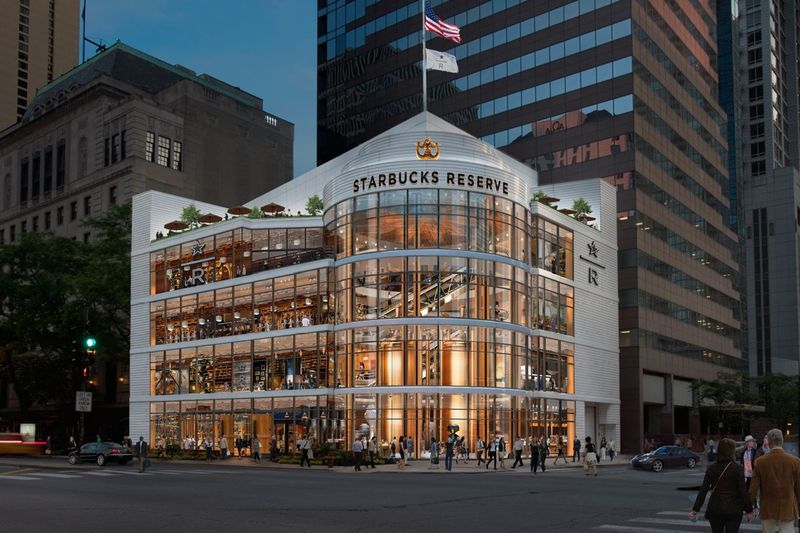 The Biggest Ever Starbucks Location Will Open in Chicago

Daniel Johnson — September 9, 2019 — Business
References: starbucks & hypebeast
Share on Facebook Share on Twitter Share on LinkedIn Share on Pinterest
The largest-ever Starbucks location will open in Chicago. The location of the store will be in the Magnificent Mile neighborhood, where the building was previously a Crate and Barrel. Starbucks announced that its largest store will open in November, and it will be larger than the previous Tokyo location, which was formally the world's largest Starbucks location. The new coffee shop will be four stories with 43,000 square footage.

Starbucks has had a history of using its largest locations as attractions for customers. As a result, some of the largest Starbucks locations have had specialty items including coffee, tea, as well as cocktails and food items. Starbucks has indicated that this new location will follow this tradition, and serve as a testing ground for potential new menu items.