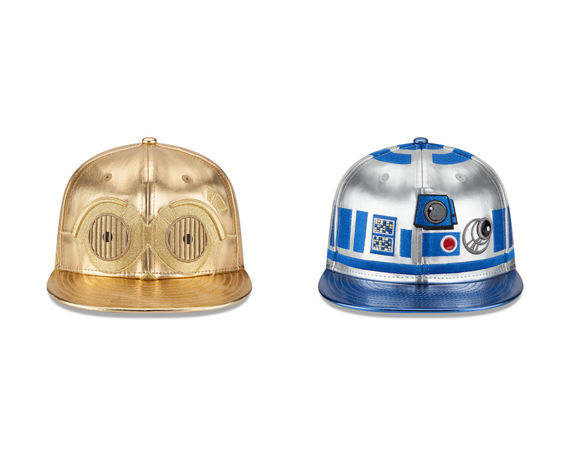 Meghan Young — June 25, 2015 — Fashion
References: designtaxi
Share on Facebook Share on Twitter Share on LinkedIn Share on Pinterest
Instead of geeking out completely in full costume when attending the premier of Star Wars: The Force Awakens, fans can rock a cap from the Star Wars New Era collection. Still very eye-catching, the designs capture some of the most iconic characters of the Franchise including R2D2, Darth Vadar and a Stormtrooper. In addition to detailed embroidery and recognizable colorways, come of the Star Wars New Era hats are metallic to mimic the robots even more.

Coming complete with a Star Wars logo on the rear, the pop culture designs can easily be more keepsakes than actual fashion choices. After all, not everyone will be able to get away with wearing one of these designs on a regular basis. Yet they are better than some diehard fan alternatives, that's for sure.
5.9
Score
Popularity
Activity
Freshness
View Innovation Webinars