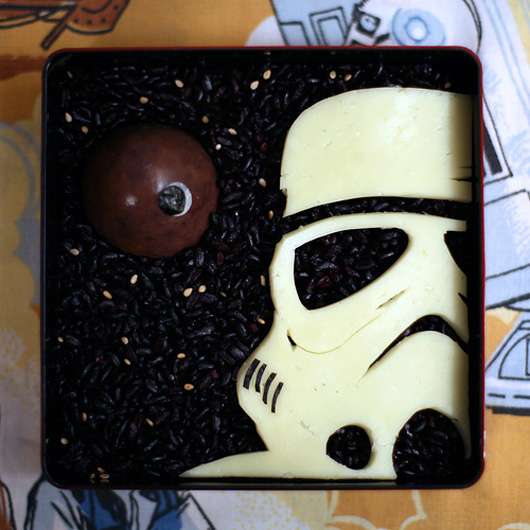 Cowbag — September 9, 2008 — Lifestyle
References: community.livejournal & geekadelphia
A series of competitions have been launched by LiveJournal called the Bento Challenge who also created a Flickr pool which has themes ranging from Hollywood movies to panda bears.

The two outstanding Star Wars entries featured here come from Flickr user Vingt_Deux. They totally rule and played a huge roll in launching the Bento Challenge to a viral state.

Implications - Since Star Wars came out, it's become quite a force in the pop-cultural world. George Lucas' characters have graced the audience with their presence not just in the movies, but in artworks, photography and numerous items, such as this lunch box. Having such an influence in film and in society, Star Wars continues to be a source of inspiration for products and art pieces.
2.8
Score
Popularity
Activity
Freshness