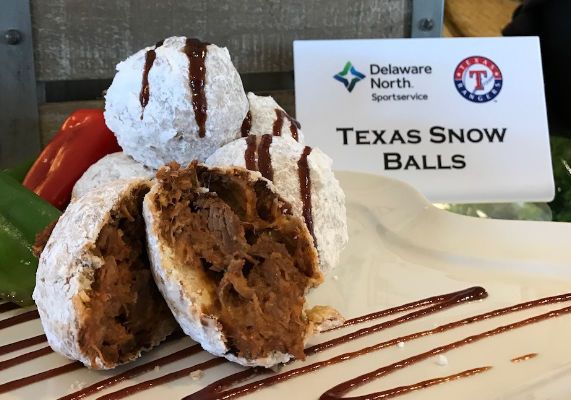 At the base of this unusual sweet and savory stadium snack is shredded brisket that is encased in a coating of deep-fried funnel cake batter that has been covered in powdered sugar to mimic the look of a snowball. From the outside, the snack balls could easily fool a person into thinking of them as a confection, but once bitten into, they reveal a dark, meaty center.