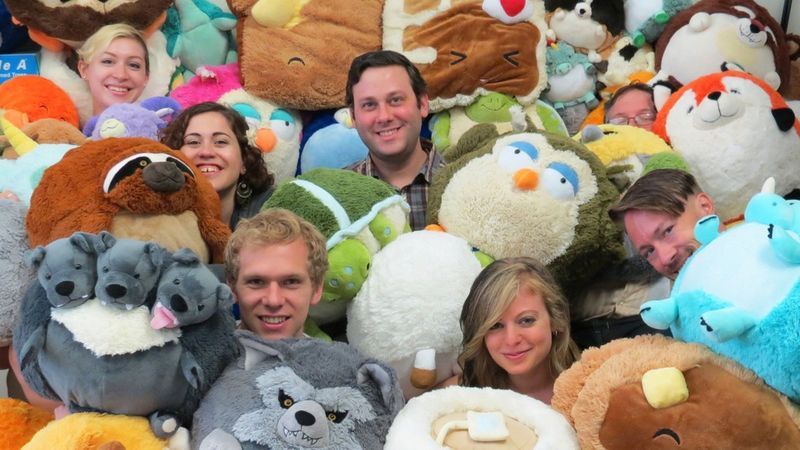 Meghan Young — September 12, 2014 — Life-Stages
References: squishable & mashable
Share on Facebook Share on Twitter Share on LinkedIn Share on Pinterest
When it comes to independent toy stores, the market can be tough, especially being in direct competition with giants such as Toys R Us and Walmart; yet Squishables managed to surpass the challenges in front of them in order to create a successful and sustainable business. Squishables, as its name suggests, specializes in plush toys. Specifically giant, round and fluffy animals.

Although Squishables has since expanded their product line, the toy store became popular among families by utilizing social media. The start-up, which is based in New York and was founded by a husband and wife duo, turned its 850,000 Facebook fan base into one big think tank. They became involved in design decisions that made them more invested in the company and products.
5.3
Score
Popularity
Activity
Freshness
Get the 2021 Trend Report FREE