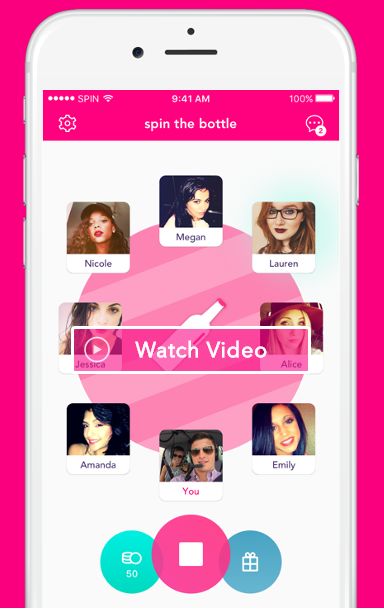 Mishal Omar — November 16, 2016 — Lifestyle
References: itunes.apple & spinthebottle.co
Many people have played the game Spin the Bottle at parties when they were young and this dating app is an online embodiment of the same game, but for adults.

There now exists a myriad of choices for dating apps on the Internet and so the familiarity of the game Spin the Bottle may result in this particular choice being more memorable than others. It works by giving the user a handful of profiles in the form of a circle with a bottle in the middle. The user spins the bottle with a tap of their finger and once it has stopped on a profile, it opens up a 30-second live video speed date that allows users to get to know each other very quickly. From there, users of this app can determine whether they would like to pursue each other or not.

The Spin the Bottle dating app is playful, safe and removes the initial awkward face-to-face that other apps encourage due to the "blind date" aspect of their business models.
3.7
Score
Popularity
Activity
Freshness

Speed Dating Buses
The 'Datemaster' bus is part of a speed dating campaign for 'Match.com'