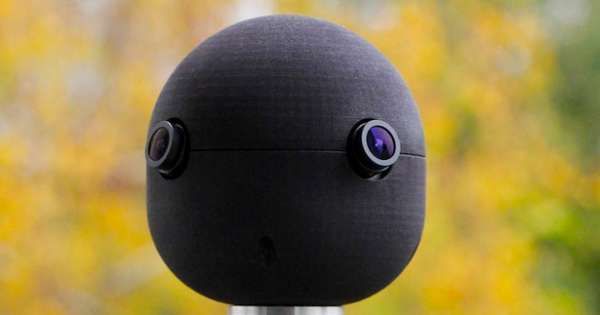 Meghan Young — January 24, 2013 — Art & Design
References: kickstarter & dvice
Share on Facebook Share on Twitter Share on LinkedIn Share on Pinterest
The Sphericam by Jeffry Martin, a designer based in Prague, is like a personal Google Street View car. Of course, on a much smaller scale. In fact, it fits perfectly in the palm of a hand. Taking three dimensional panoramic shots to a whole new level, it captures such views in real-time just like conducting a video chat over Skype--and just as easily.

Equipped with four synchronized video cameras, each using fisheye lenses, the Sphericam by Jeffry Martin allows people to capture and transmit full 360-degree, high-definition video from any location. It is capable of recording three hours of video at 25 frames per-second, the foot of which can be viewed simultaneous via the built-in monitor.
1.7
Score
Popularity
Activity
Freshness
Jeremy Gutsche Keynote Speaker