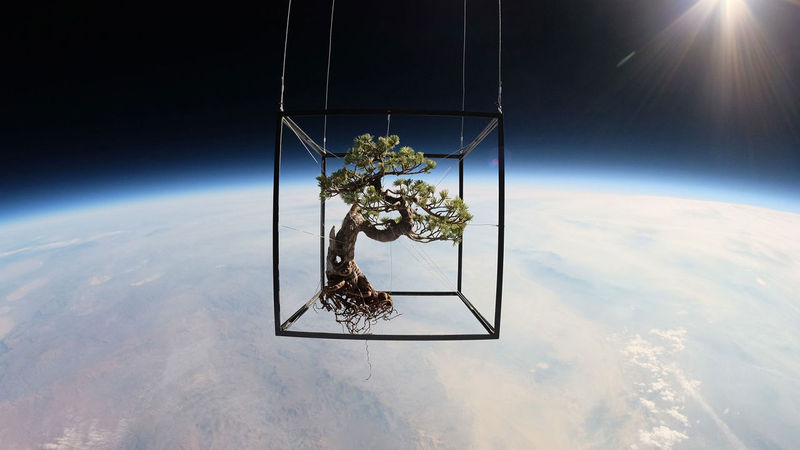 Meghan Young — July 21, 2014 — Tech
References: azumamakoto & fastcodesign
Share on Facebook Share on Twitter Share on LinkedIn Share on Pinterest
It is not everyday that a person gets to witness a piece of earth suspended above the atmosphere as with this space-bound bonsai. Part of a project titled Exobiotanica, the space-bound bonsai was accompanied by another floral arrangement comprised of orchids, lilies, hydrangeas and irises. Visually striking, Azuma Makoto, the 38-year-old Tokyo-based artist behind the project, says, ”I wanted to see the movement and beauty of plants and flowers suspended in space."

Executed with the help of a 10-person crew and Sacramento-based JP Aerospace, the space-bound bonsai was launched from the Black Rock Desert in Gerlach, Nevada, best known as the site of the annual Burning Man festival. Styrofoam and light metal frames was used to launch the arrangements, dubbed Away 101 and Away 100.
5.1
Score
Popularity
Activity
Freshness
View Innovation Webinars