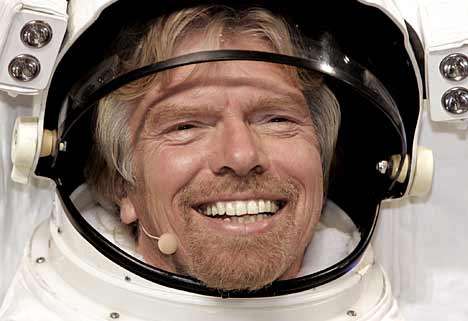 Richard Branson says he's looking to make it possible for couples to get married in space and he wants to be the one who performs the ceremony.

"The couple who have booked in for a honeymoon on the £100,000-a-ticket maiden flight are Virgin Galactic adviser George Whitesides and his new wife, Loretta Hidalgo," the Daily Mail says.

"We have had two bookings involving marriage, one to get married in space and the other for the couple to have their honeymoon in space," said a Virgin Galactic spokesperson.

"It is possible that Richard could obtain a license to conduct the marriage."

"Customers will have a two-hour flight, go up to 70 miles above the Earth and experience amazing views of the planet, G forces and weightlessness after a three-day training programme."

Take a look at some more unique wedding ideas, although I think the space weddings take the cake!