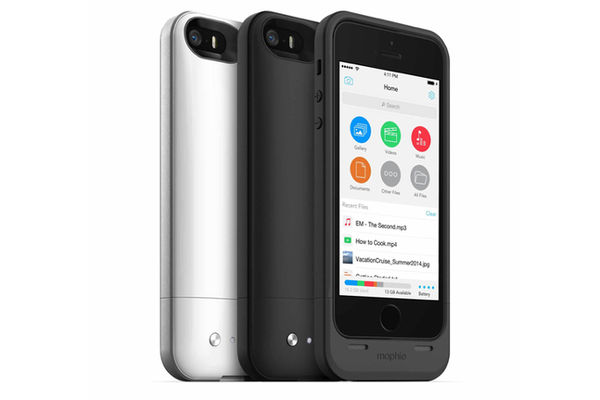 The Space Back Solves Storage & Battery Problems at CES 2014

Michael Baxter — January 8, 2014 — Tech
References: mophie & engadget
Mophie’s Space Pack is looking to solve the big problems with iPhones -- battery and storage. With its Space Pack, Mophie provides users with a backup battery and 16 or 32 gigs of storage space. While the former is nothing new for power users, the latter is an original concept.

iPhone users are well aware of the limitations their phone has in terms of being able to upgrade storage space and the limited battery that often plagues power users. It’s been a long time coming where users can increase the storage capacity on their phones but this freedom comes at a price.

Users can’t simply attach the case and make their phone into one big storage behemoth. Instead, users will have to download an app called Space which allows them to moves files between the Space Pack and the iPhone. While this seems tedious, the pack itself has its own camera functionality and its own media player so listening to a song or snapping a quick selfie won’t be an involved process.
1.8
Score
Popularity
Activity
Freshness