Yellow Taxis Go Green in US 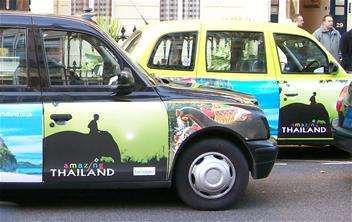 "The county regulates the fares so it's exactly the same cost as any other taxi in Arlington County," said Hans Hess, owner of the taxi company. Hess says their slogan is "clean air for the same fare."

Implications - The cabs will emit zero carbon dioxide which means that just by putting one of these on the road will be like removing two regular cabs. Even though the environmentally friendly cabs cost more to purchase, the drivers save a ton of money on gas. Hopefully other cities will soon follow Arlington's footsteps.
1.6
Score
Popularity
Activity
Freshness
View Innovation Webinars