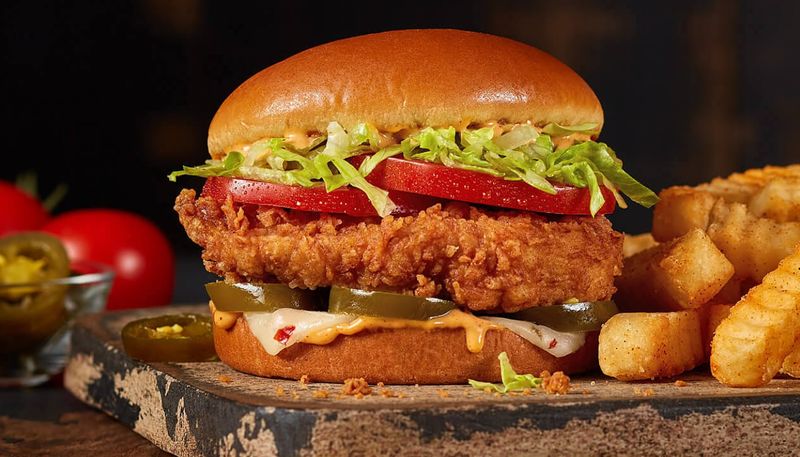 Katherine Pendrill — October 23, 2019 — Lifestyle
References: facebook & fastfoodpost
It may be cooling down outside, but things are heating up at Zaxby's with the launch of the chain's new Smokehouse Cheddar BBQ Fillet Sandwich and the Southwest Chipotle Fillet Sandwich. The new sandwiches are designed to celebrate the upcoming release of the film “Jumanji: The Next Level."

Of Zaxby's two new sandwich options, the Southwest Chipotle Fillet Sandwich is the spicier of the two. The sandwich starts with a seasoned, hand-breaded chicken fillet topped with chipotle aioli, pepper Jack cheese, lettuce, tomatoes, and jalapeños. In contrast, the Smokehouse Cheddar BBQ Fillet Sandwich is a buttery Texas toast sandwich featuring a hand-breaded chicken fillet, cheddar cheese, onion rings, bacon strips, mayo, and BBQ sauce. Both sandwiches are available on their own, or paired with Crinkle Fries as part of a meal.