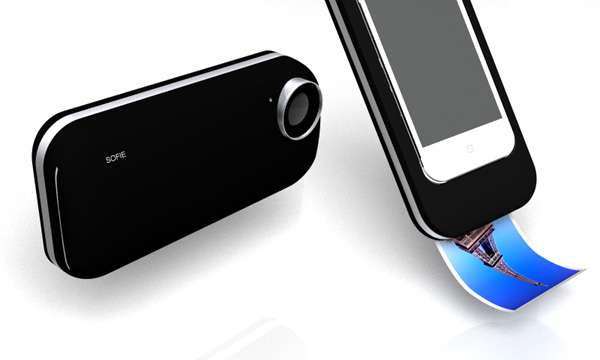 The Sophie Concept Case Turns Your iPhone into a Laserjet

Michael Hines — May 4, 2011 — Tech
References: petitinvention.wordpress & yankodesign
Share on Facebook Share on Twitter Share on LinkedIn Share on Pinterest
Concept phones are all too common nowadays; designers are seemingly obsessed with creating the next iPhone. Designer Mac Funamizu has designed quite a few cellphones in his time, but he is turning his attention towards phone cases with his Sophie concept case.

The Sophie concept case is designed to print photographs straight from your smartphone. A unique feature of the Sophie case is that it can print geo-tagged pictures and pictures with QR codes, which encourages social interaction and sharing. Judging by the images, this case is designed specifically for the iPhone, a fact which isn't all too surprising when you consider the recent surge in products that cater towards iPhone shutterbugs such as camera cases and tripods. Of course, this design is still just a concept, but maybe, just maybe, Apple will surprise us all and announce this case or one like it alongside the iPhone 5.
3.3
Score
Popularity
Activity
Freshness
Get Better and Faster