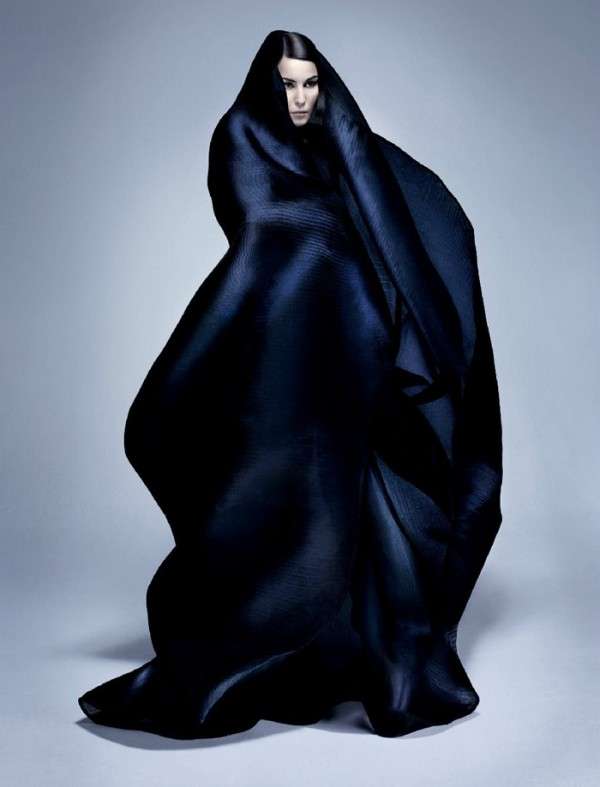 She is seen drenched in intricately structured clothing, shadowed in plotting charts and recreated in digital form, rather than as a real person. The clean lines and lack of color contrast beautifully with both the stark background and the shadowy overlays. This sleekly styled shoot pays heed to a more digitized, emotionless and literally, black and white world.