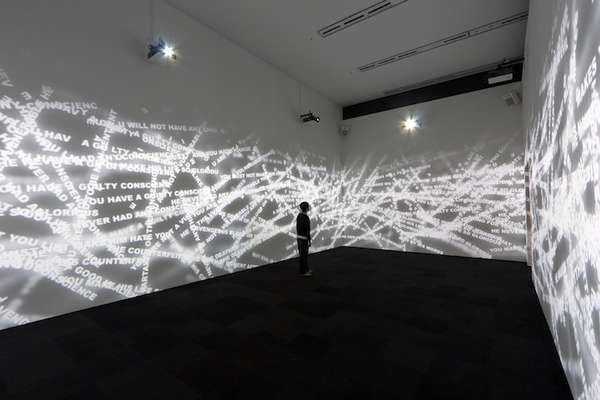 Since 2009, the artist has been working on an installation project that goes by the name of 'The Seven Seals.' The installation is made up of a series of seven digital video installations that feature animated phases referenced from various sources, including the Bible, existentialism, metaphysics and several others.

The Seven Seals installation by Tsang Kin-Wah emphasizes the concept of eternal recurrence, engulfs the entire space of the room and bombards viewers with continuous loop of different texts that seemingly go on forever. The constantly moving and floating statements touch on various serious issues and predicaments that society faces today, such as war, terrorism, revolution, death, murder, suicide and self-denial.
4.2
Score
Popularity
Activity
Freshness
Get the 2023 Trend Report FREE