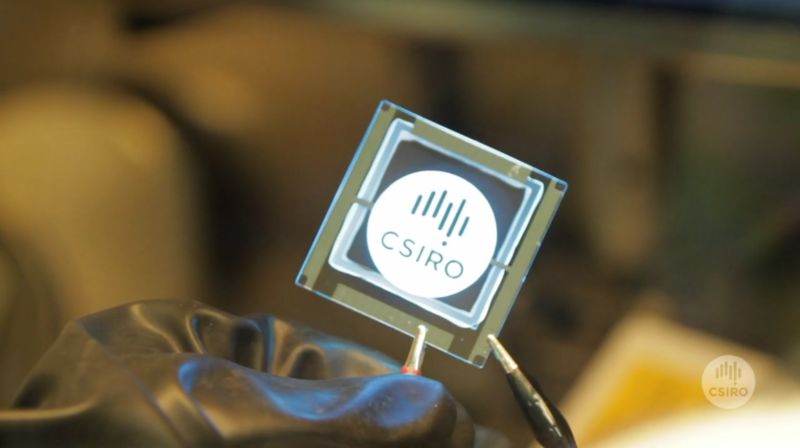 Katherine Pendrill — January 31, 2017 — Eco
References: csiro.au & businessinsider.au
Share on Facebook Share on Twitter Share on LinkedIn Share on Pinterest
Last fall, the Australian government announced that it would be helping fund a startup called Solafast and a high-tech printing company firm Norwood in the joint effort to create printed solar cells. If the partnership is successful, solar energy may soon be light enough and flexible enough to incorporate into everything from windows to smartphone cases.

With assistance of the Commonwealth Scientific and Industrial Research Organization, Solafast and Norwood are working on a way to print solar inks onto plastic film. According to Industry, Innovation and Science Minister Greg Hunt, the goal of making printed solar cells is to "create an environmentally responsible building material that doesn’t compromise architectural integrity." The flexible cells would also allow solar panels to be integrated with other products such as windows and roofs without the structural burden of heavy panels.

With Australia already heavily invested in the use of solar energy, the new project could allow for widespread adoption of the renewable energy source in the commercial sector.
6.4
Score
Popularity
Activity
Freshness
Jeremy Gutsche Keynote Speaker