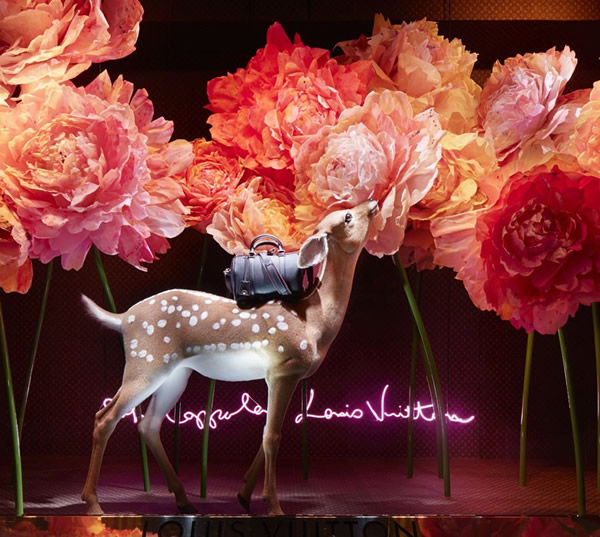 Collaborating with the Paris department store, Coppola has designed ten new window displays to launch a new version of the SC bag for Louis Vuitton which she designed in 2009. The displays feature deer, peonies, balloons and cherries all washed in a neon color scheme. The windows also feature handbags of course, hanging from the deers’ mouths and also tied to the balloons - sounds like a winter wonderland for fashion lovers.

According to WWD, Coppola said about the collaboration, “I wanted it to be fun and feminine and to think of the bag as a present or a treat that you get yourself. It reminds me of Christmas, seeing the windows, so [I wanted to do] something that kids would enjoy too.”