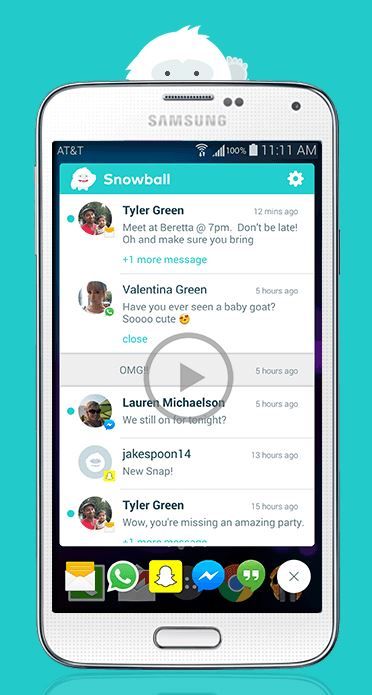 Most people have several messaging apps on their phone, from WhatsApp to Facebook Messenger to Snapchat. It can be exhausting jumping between these different modes of communication on your smartphone. Snowball redirects your messages to a single location, where they are organized around the contact, rather than the application.

Creator Anish Acharya, a former Google Venture partner, developed the app to deal with what he calls the "rise of the many." People are demanding more forms of communication, and the Snowball app functions as a way to mediate these different forms as efficiently as possible.
1.6
Score
Popularity
Activity
Freshness
Jeremy Gutsche Keynote Speaker