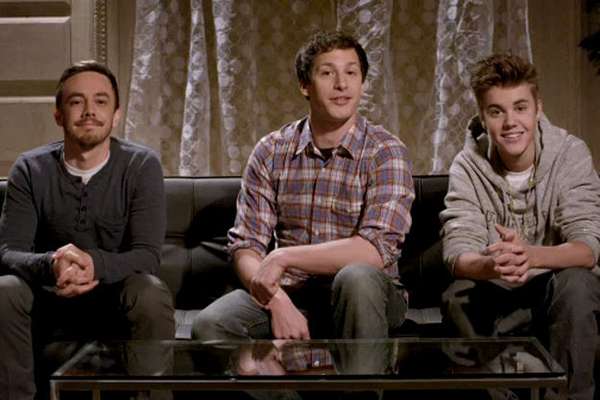 Jennifer Gosnell — May 23, 2012 — Naughty
References: mtv & torontosun
Share on Facebook Share on Twitter Share on LinkedIn Share on Pinterest
Coming together for the SNL 100th Short Celebration, Lonely Island brought some of its most prominent celebs from past videos, such as 'I’m on a Boat' and 'The Creep,' back to the forefront. Written by Lorne Michaels, the digital shorts that have been featured prominently on SNL have brought some huge ratings to the show, exerting its star power.

Bieber plays innocent through the typical Lonely Island crude humor, and later gets air-humped by Jon Hamm. Natalie Portman screams about her lasting bad-girl rep post-baby. Featuring an entirely new side of many celebs, the SNL 100th Short Celebration truly is a hilarious endeavor of SNL and Lonely Island.