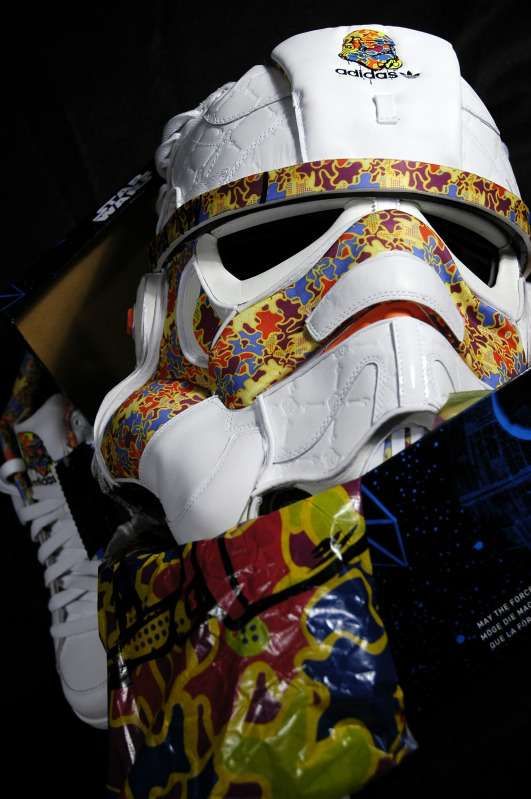 The SneakerTrooper Helmet Gets the Full Footwear Treatment

An artist by the name of Freehand Profit was approached by a friend to work on a project called the Star Wars Remix, which encourages artists to take the sci-fi franchise and elevate it in various artistic mediums. He joined and decided used footwear as his inspiration; thus, the SneakerTrooper Helmet was born. The entire headgear is made from material off of the Adidas X Star Wars Superskate Mids sneakers, and of course, it took more than just a pair to put everything together. It replicates the Stormtrooper helmet in every way, and he's managed to incorporate a bit of color into the iconic face of the Imperial Guard.

Sci-Fi Flickr Fantasties
Stormtrooping Is A Job: A Day In The Life Of An Imperial Guard (UPDATE)
play_circle_filled

Sympathetic Stormtroopers
Paul French Walks Across a Continent for Charity