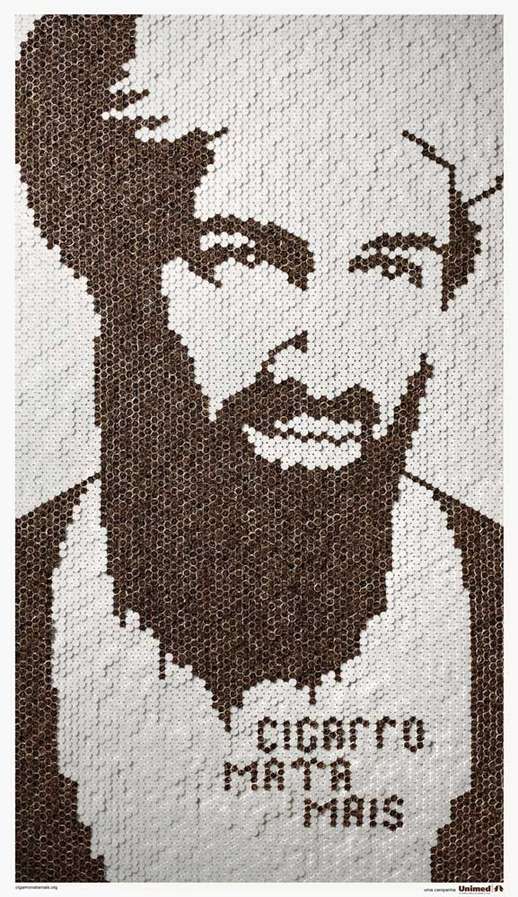 Ayman — May 20, 2008 — Pop Culture
References: arabaquarius.blogspot
Share on Facebook Share on Twitter Share on LinkedIn Share on Pinterest
If only Hitler could charge a fee for his face being used in so many ads! Following the Malaria campaign which painted Hitler & Stalin with mosquitoes to illustrate the danger of the disease, a new anti-smoking campaign uses a similar approach by drawing the Nazi leader and the notorious Osama Bin Laden with hundreds of cigarettes.

The ads are done in black and white and accompany the face of the two infamous killing-machines responsible for thousands upon thousands of wasted lives with a message saying "Smoking Kills More Than..."

Although the idea is not original, using the iconic faces delivers a strong message that is instantly recognizable. And if it helps raise awareness of the danger of smoking, then I would say it did a good job.

Check out the malaria Mosquito campaign: