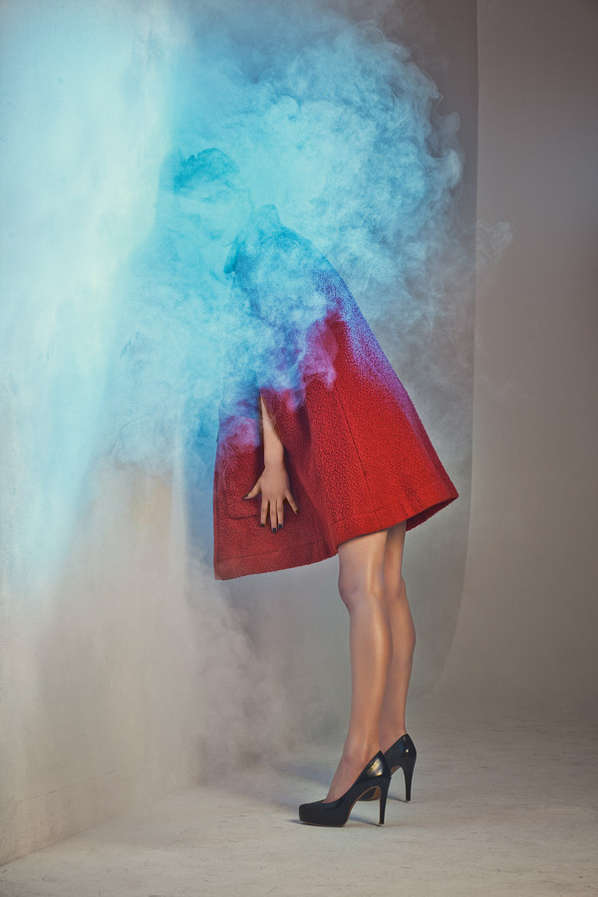 Smoke by Sebastian Szwajczak is Colorful and Mysterious

Meghan Young — January 16, 2013 — Fashion
References: gaapstudio.pl & behance.net
Share on Facebook Share on Twitter Share on LinkedIn Share on Pinterest
There are two stars in the photo series titled Smoke by Sebastian Szwajczak, a photographer based in Warsaw, Poland. One is the stunning model while the other happens to be slightly more insubstantial. In fact, the photoshoot was named after this vaporous star. Trying to steal the spotlight from the model, the smoke continually engulfs her. Nevertheless, it works to both of their advantages. Mysterious and vibrant, the images engage people straight from the get-go.

A fashion editorial first and foremost, Smoke by Sebastian Szwajczak could easily be an artistic endeavor as well. Visually striking, everything from the concept to the execution is top notch. The fact that the color of the smoke matches the different outfits is a great touch.
6.6
Score
Popularity
Activity
Freshness
View Innovation Webinars